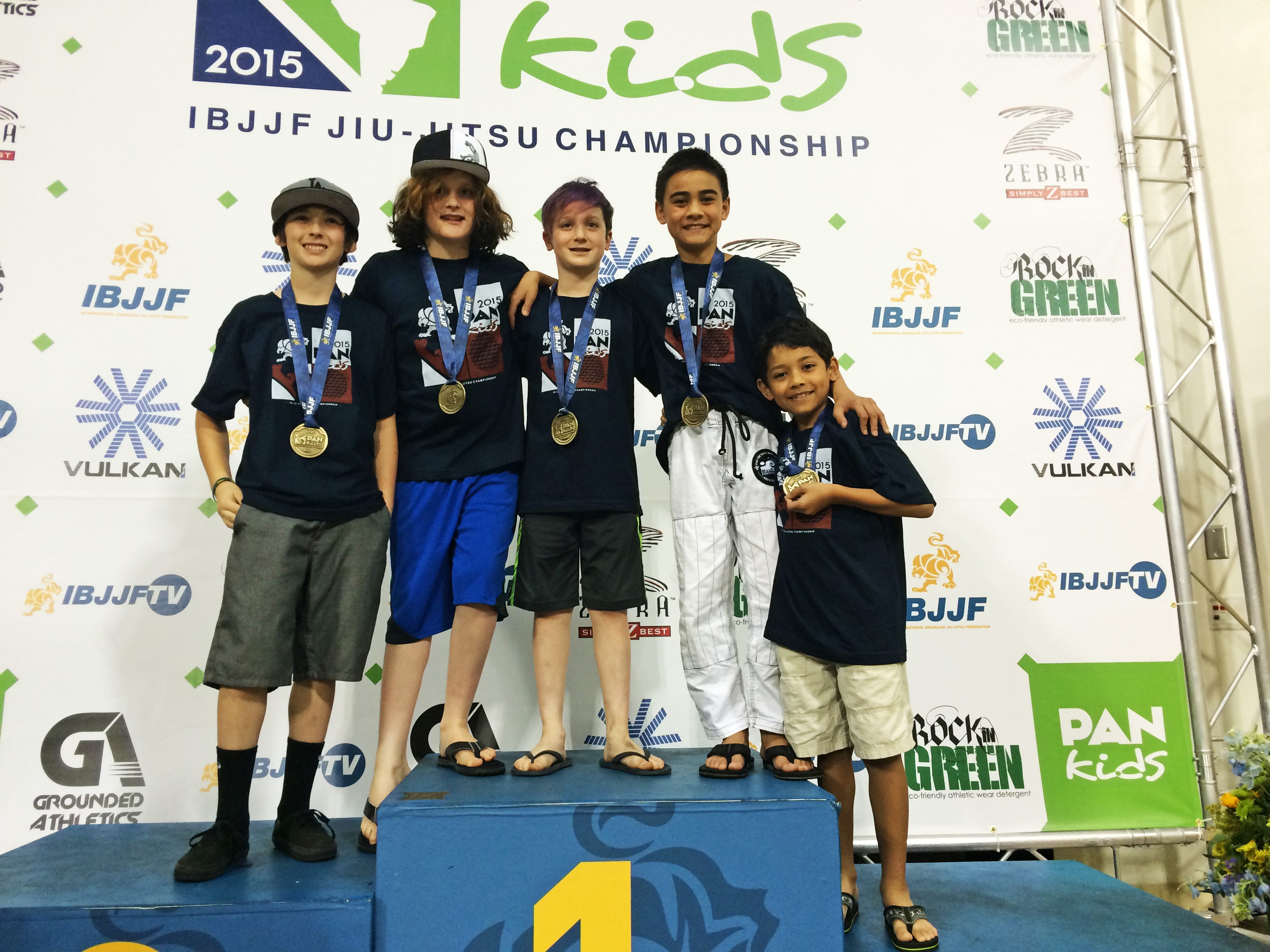 On Sunday, February 15th five of Performance Martial Arts Academy’s youth Brazilian Jiu-Jitsu competitors made the trip down to Long Beach, CA to compete at the Youth Pan-Am Brazilian Jiu-Jitsu Championship. Aiden and Cooper Birns, along with teammates Aiden Hall, Kai Kaneli’i and Milo Tandingan were all promoted to new ranks in December during the annual awards and potlucks, and for most of them this was their first chance to test out their new belts. This tournament brings the best youth competitors, from some of the most highly regarded teams in the world. To say they were jumping into the deep-end would be an understatement. After a lot of hours training, a nearly 2,000 mile trip, and several hard-fought matches, we are very proud to say that all five young men were able to secure a spot on the podium with IBJJF PAN-AM bronze medals! While they may be temporarily disappointed that the color of the medal isn’t the one that they’d been hoping for, they should know that all of us at Performance Martial Arts are beyond proud of them! These guys are amazing representative’s of Performance Martial Arts Academy, the North-West and Brazilian Jiu-Jitsu, Great job! Also, thank you to their supportive families, and for coaches Kaneli’i, Birns and Rodrigues for helping make this trip possible for them, and for helping them maneuver their way through their first major tournament.

“It is not the critic who counts; not the man who points out how the strong man stumbles, or where the doer of deeds could have done them better. The credit belongs to the man who is actually in the arena, whose face is marred by dust and sweat and blood; who strives valiantly; who errs, who comes short again and again, because there is no effort without error and shortcoming; but who does actually strive to do the deeds; who knows great enthusiasms, the great devotions; who spends himself in a worthy cause; who at the best knows in the end the triumph of high achievement, and who at the worst, if he fails, at least fails while daring greatly, so that his place shall never be with those cold and timid souls who neither know victory nor defeat.”