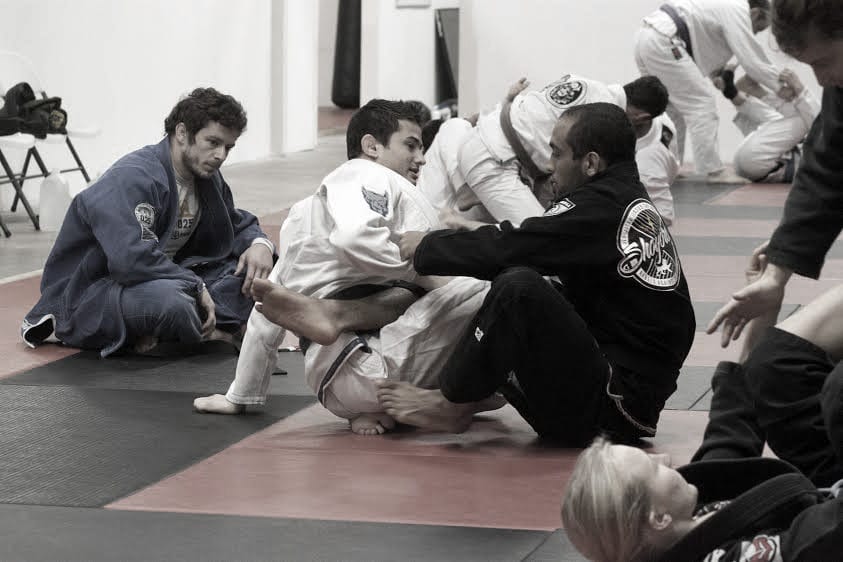 During 2014 we were able to bring in some outstanding talent to Peformance Martial Arts Academy to conduct Seminars.

-The first seminar of the year was with 8-time world champion Caio Terra and 2014 NoGi World Champion Yuri Simoes. The pair showed great details from the 50/50 guard, both attacking from the position and how to defeat it.
– The second Seminar was brought to us by our association head, Rafael Lovato Jr. Rafael is the most decorated American grappler of all time. He brought us his pressure passing “A Game” and great details for attacking the collar.
– The third Seminar was also a fundraiser for a family in Roseburg, Or who tragically lost two children in an accidental fire. The “Takedowns for a Cause” Seminar was taught by 3 coaches. Professor Ben Baxter showed some of his favorite takedowns from the 2-0n-1 position. Former University of Oregon Wrestling Stand-out Elias Soto demonstrated fundamental wrestling techniques that would be effective both in, and out of the gi. Sensei Ryan Cunningham, a Judo black belt, taught a series from the cross-sleeve grip, with emphasis on attacking the lower Brazilian Jiu-Jitsu posture.
– The last seminar of the year was the “Toy Drive Super Seminar”. The only cost for admittance to this clinic was a new, unwrapped toy. PMAA was able to gather four of the most decorated competitive grapplers in Oregon for this event. Professor Ben Baxter taught his attacks from the Omoplata position, Portland Judo Sensei Andy Hung, Us Judo Olympic Alternate, showed us all his favorite technique, the O-Soto-Gari. He also showed some great details on the clock choke and “Hell Strangle”. Professor Amanda Diggins, from Straight Blast Gym, put her defense tactics on display, as she showed a nearly unstoppable escape to keep from being stuck underneath side-control. Lastly, World Champion James Puopolo, from Salem-Kiezer BJJ, brought his version of pressure-heavy guard passing, and chokes from the top position. The support for this was absolutely fantastic with 60+ athletes from all over the NW in attendance.

Interested in more about Performance Martial Arts Academy? Please don’t hesitate to contact us, and start your FREE 30 DAY TRIAL