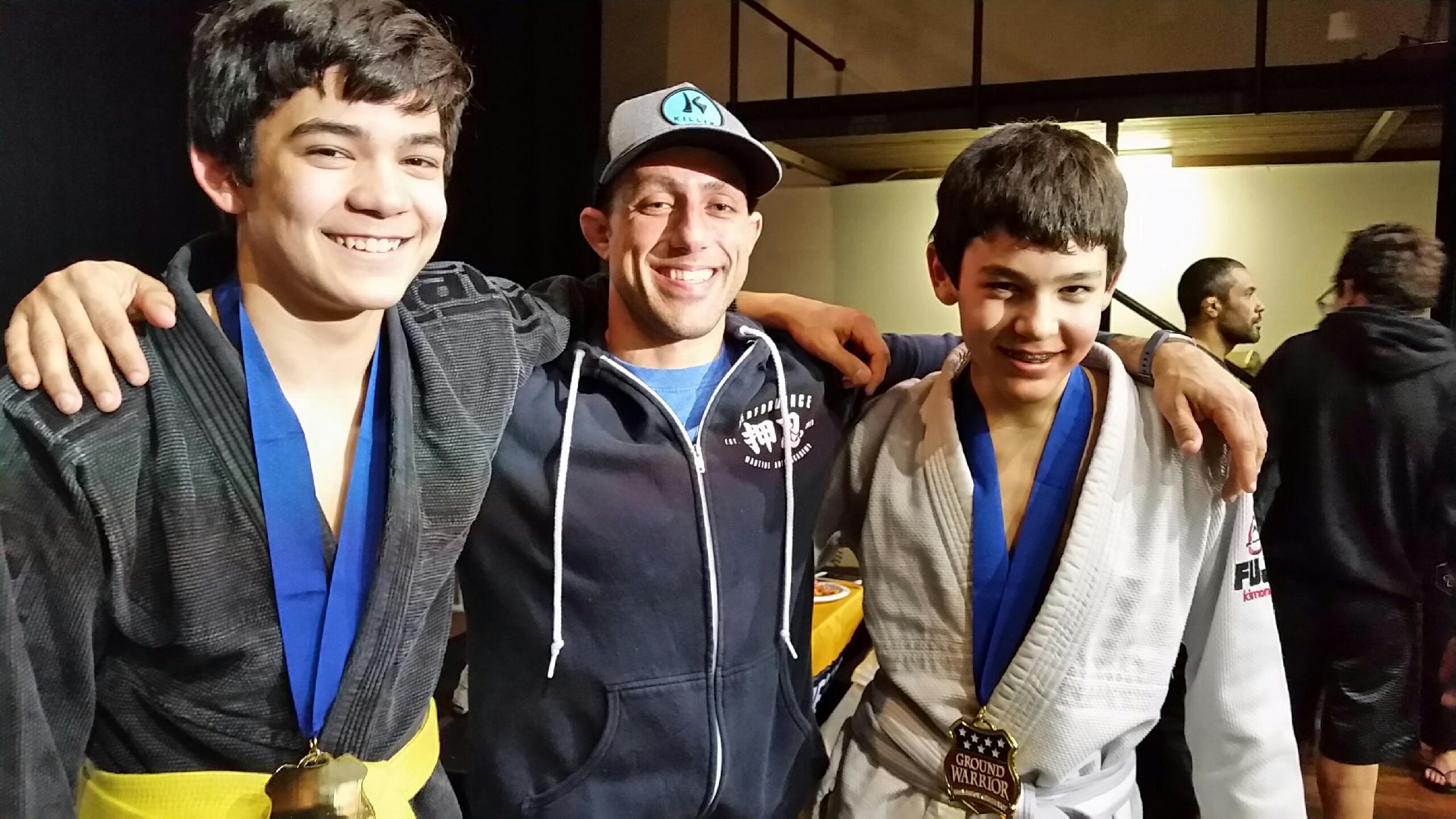 Brazilian Jiu Jitsu in Eugene was represented well by the Performance Martial Arts Academy competitors at the Ground Warrior tournament this weekend! PMAA sent 18 competitors to Salem and returned with 16 podium placings, 11 Gold medals, and a Fastest Submission Award. Congratulations to everyone who competed, and especially to those who made their competitive debuts: Hannah, Grady, and Chris.

“It is not the critic who counts; not the man who points out how the strong man stumbles, or where the doer of deeds could have done them better. The credit belongs to the man who is actually in the arena, whose face is marred by dust and sweat and blood; who strives valiantly; who errs, who comes short again and again, because there is no effort without error and shortcoming; but who does actually strive to do the deeds; who knows great enthusiasms, the great devotions; who spends himself in a worthy cause; who at the best knows in the end the triumph of high achievement, and who at the worst, if he fails, at least fails while daring greatly, so that his place shall never be with those cold and timid souls who neither know victory nor defeat”

If you/re looking for the best Brazilian Jiu Jitsu in Eugene, look no further. Call us today to join the team.