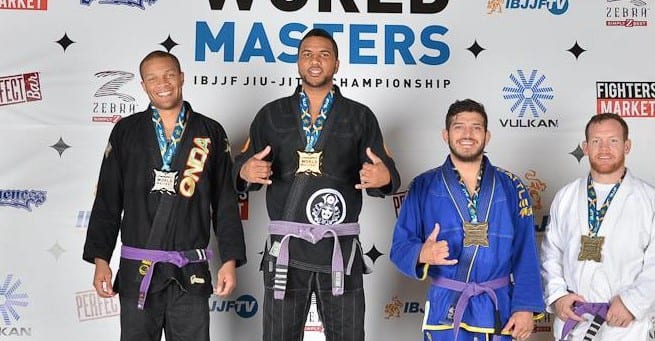 On Saturday, November 1st, Performance Martial Arts Academy’s very first World Champion was crowned. Coach Devin Roan earned first place at the Master’s Worlds in Long Beach, Ca. After two tough matches, he earned a berth in the semi-finals. Devin secured his trip to the finals with a super slick omoplata finish. In the finals Devin faced a very game opponent from Atos Jiu Jitsu. In just under three minutes time, coach Devin secured the back and finished with a beautiful back choke, achieving his long time goal of becoming a world champion! Devin also entered the Absolute division and earned a bronze medal after submitting his way to the semi-finals.