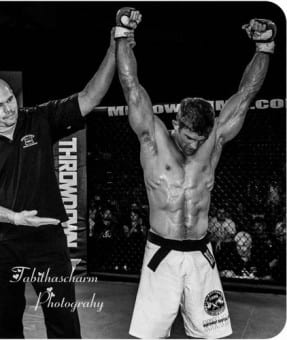 On Friday September 27th, Brent Primus made his presence known at Bellator 101 in Portland, Oregon. Brent faced off against Scott Thometz, a former Boise State wrestler with a record of 6 wins and 2 losses.
Brent controlled the fight with superior grappling and finished Thometz with a great choke.  He remains undefeated in his professional career.